Morphine is a substance that occurs naturally in the seedpod of the Papaver somniferum which is a specific type of poppy plant. Morphine is classified as a Schedule II controlled substance that's prescribed to patients to relieve moderate to severe pain. Morphine is a Narcotic Analgesic which means for pain relief or painkiller. Sometimes narcotic analgesics are also administered to help an anesthetic work better before or during an operation procedure. Morphine products are marketed under names that include MS-Contin, Oramorph SR, MSIR, Roxanol, Kadian, and RMS. Morphine is marketed in many forms today which include oral solutions, immediate and timed release tablets and capsules, suppositories, and in injectable preparations.

Morphine is very addictive and can cause psychological and physical dependence if misused. Many people abuse morphine products or heroin which is a street drug that's processed from morphine and risk tolerance, addiction and withdrawal symptoms as well as overdose and serious mental and physical health problems. 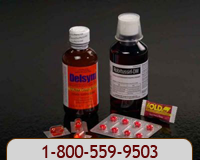 When codeine is abused the individual risks dependence and codeine withdrawal symptoms when they stop. It's not uncommon for some people to be dependent on cough syrups that contain codeine; sometimes they ingest this medication straight from the bottle to get high. There are also health complications associated with codeine abuse which includes possible damage to the liver and kidneys.

Thebaine is classified as a Schedule II controlled substance and is a minor constituent of opium. Chemically speaking, Thebaine is similar to codeine and morphine but different in the sense that thebaine produces stimulatory affects and codeine and morphine produce depressant affects. There is no therapeutic use for thebaine but instead is converted into other substances that include buprenorphine, naltrexone, naloxone, nalbuphine, oxymorphone, and oxycodone.

Papaverine is an opium alkaloid antispasmodic drug that's found in the opium poppy. This drug is sometimes used in erectile dysfunction treatment but is most commonly used in treating visceral spasms and vasospasm, especially in the heart and brain. 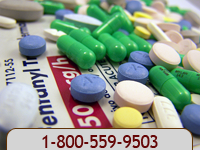 Fentanyl is classified as a Schedule II controlled substance and is a prescription pain medication used for the treatment of severe pain and sometimes used to treat pain experienced after surgery. Fentanyl is a very powerful drug and is a synthetic opiate analgesic that's similar to morphine but much more potent, a 100 times more potent. Fentanyl was presented into the medical field in the 1960s as an intravenous anesthetic under the brand name Sublimaze. Fentanyl comes in lozenge form, a transdermal patch, or by injection when prescribed by a physician.

Fentanyl is also abused by many people and is associated with overdoses in the past; this fentanyl was produced in illegal labs and mixed with heroin or substituted for heroin in a powder form.

It's very dangerous to mix fentanyl with cocaine or street heroin, this not only intensifies the potency but the serious dangers and risks as well. The user not only experiences euphoria but they become drowsy, nauseous, confused, risk respiratory depression and arrest, sedation, unconsciousness, coma, and death.

Fentanyl is very potent and addictive; it's referred to on the streets as Apache, China girl, China white, Dance fever, Friend, Goodfella, Jackpot, Murder 8, TNT, and Tango and Cash.

Hydromorphone is a semi synthetic opioid agonist that's derived from morphine and has a high rate of abuse and addictive when abused. Dilaudid is a widely abused drug and is known on the streets as Dust, Juice, Dillies, Smack, D, and Footballs. Narcotic addicts commonly use Dilaudid to get high and the drug is easy to get. Dilaudid can be obtained on the streets from drug dealers, through fraudulent prescriptions or by theft. Many heroin users dissolve Dilaudid tablets and inject the liquid as a substitute for their drug.

Oxycodone is classified as a Schedule II narcotic analgesic and is commonly used in clinical medicine. Oxycodone alone is a controlled release formula marketed under OxyContin, the immediate release formulas are OxyIR and OxyFast, combined with aspirin, Percodan, and combined with acetaminophen, Percocet. OxyContin is well known on the streets and goes by OC, OX, Oxy, Oxycotton, Hillbilly heroin, and kicker and because of its popularity for abuse, treatment admissions for OxyContin addiction has escalated.

Oxycodone is an extended release tablet and is used for the treatment of continuous pain. Repeated misuse of drugs like OxyContin not only leads to tolerance and addiction but withdrawal symptoms are experienced when the use stops. When a person takes large doses of OxyContin they risk severe respiratory depression which can and has led to death. 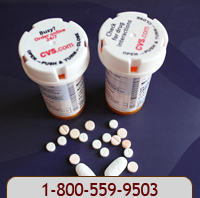 Because of the opioid effects a person experiences when they abuse hydrocodone drugs like Vicodin and lortab, they are common drugs of abuse. When hydrocodone is abused many people combine alcohol with it making the use of this drug more dangerous.

There are various ways these drugs are obtained, they can be found on the streets, bogus call in prescriptions, altered prescriptions, theft, and obtained illegally on the internet. Unfortunately the younger generation is also abusing drugs like Vicodin today; it's not just older adults misusing them anymore. When hydrocodone is abused for the purpose of getting high a person takes larger doses than would be prescribed and the user not only risks addiction and withdrawal symptom, but serious health effects also.

Calls to numbers on a specific treatment center listing will be routed to that treatment center. Calls to any general helpline (non-facility specific 1-8XX numbers) could be forwarded to SAMHSA or a verified treatment provider. Calls are routed based on availability and geographic location.

The Heroin.org helpline is free, private, and confidential. There is no obligation to enter treatment. In some cases, Heroin.org could charge a small cost per call, to a licensed treatment center, a paid advertiser, this allows Heroin.org to offer free resources and information to those in need. We do not receive any commission or fee that is dependent upon which treatment provider a caller chooses.