Drugs Used to Treat Heroin Use, Abuse and Addiction 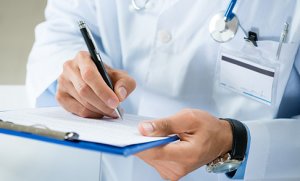 Clearly, professional treatment is the desired solution for a heroin problem. But, what treatment looks like varies from person to person. For many people, it includes medication assisted treatment.

Medication assisted treatment (MAT) is part of a larger process that includes not only medication, but also therapy and support. There are multiple support and therapy options, just as there is more than one medication currently being used for treating heroin dependence and addiction.

There are people who have a problem with MAT because they see it as replacing dependence on heroin with dependence on a medication. But, that isn't an accurate assessment of the situation.

Medications, when taken as prescribed and with medical oversight aren't likely to cause an addiction. Users aren't compelled to use them. Rather, the medications help the users to participate fully in treatment and to learn the skills they need to transition into ultimate sobriety without any medication intervention.

The following discussion aims to educate the reader on the prominent medications used in treating heroin addiction. If one of them seems like it would be a good option for you or someone you know, continue researching it.

Prior to discussing the specific medications, it is important to know how they fit into the overall treatment. Research has demonstrated that heroin users attain the best possible outcomes when their recovery treatment plan includes MAT; the more severe the addiction, the greater a role MAT can play in treatment. And, it's no wonder. The medications that follow reduce or completely alleviate cravings and withdrawal pains. Further, medications can lessen the chances of overdose and relapse.

What Medications are Actually Used?

Methadone is the one medication included in this post that it can be assumed is familiar to the reader, as it has been used to treat heroin addiction for decades. It has an incredible high rate of success, despite the fact that people who choose to use it in ways other than prescribed may develop an addiction.

According to the National Institute on Drug Abuse, research showed that methadone treatment is effective for heroin when measured by the following outcomes:

Users can only receive methadone through structured, medical settings, generally called methadone clinics. Users may graduate from receiving their dose through a clinic to receiving it from their doctor, but they must first develop a pattern of responsible use. Methadone is so popular because it:

Users can access methadone in the following forms, according to the Substance Abuse and Mental Health Services Administration: a Liquid, a Pill and a Wafer.

Naltrexone is gaining in popularity because it:

Users can access naltrexone in the following forms, according to the Substance Abuse and Mental Health Services Administration: an extended-release injectable and a pill.

Only approved by the Food and Drug Administration (FDA) as recently as 2002, buprenorphine is the most recent medication available for treating heroin addiction. Users enjoy buprenorphine because it:

Users can access buprenorphine in the following forms, according to the Substance Abuse and Mental Health Services Administration:

MAT can increase the likelihood of achieving and continuing abstinence from heroin. It's worth considering.