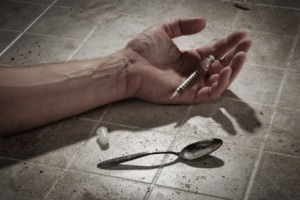 An opiate overdose can happen to anyone and some people are more at risk than others. In 2010 the number of prescription opioid painkillers sold to pharmacies, hospitals, and doctors' offices in the United States was 4 times larger than in 1999.

The most vulnerability comes from taking too much medication or taking it via alternative routes such as chewing, snorting, or injecting, but, no one is immune to the risk.

Heroin is one of the most potent opioids available to users and is often administered intravenously. Heroin and other IV users have a high rate of HIV and AID's which deteriorates their physical health and they have up to 74% of increased overdose risk than a normal healthy person.

Heroin overdoses are also unpredictable because of the wide range in potency levels from batch to batch and other drugs on the street can be just as dangerous coming from internet sales or clandestine laboratories where chemical variations can be poisonous.

Physical health plays an important role in overdose risks and elderly people who are often prescribed more pain relief medications may be at an increased risk as well.

Increased tolerance is a concern because the user needs to take more opiate chemicals to get the desired relief or "high". Decreased tolerance after detox is an even bigger concern when addicts try to resume their use of opiates at the level they were taking before.

According to the Centers for Disease Control and Prevention:

The most noticeable effect of opiate overdose is depressed breathing. When the person breaths too slowly, their oxygen levels in the blood can decrease to a fatally low level or cause organ failures and eventually death. Typically, the person becomes unresponsive and their blood pressure and heart rates slow until they go into cardiac arrest. Death can occur within minutes and sometimes an IV opiate drug user is found with the needle still in their arms.

Some people will be unresponsive for longer periods, snoring loudly. They may aspirate and choke or choke on their vomit without ever coming to. Other effects may be: