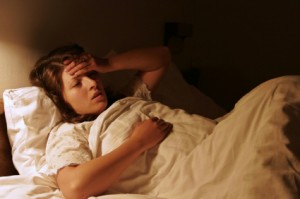 When people begin to abuse heroin, they often tell themselves that they only want a recreational high, that they will not become addicted the way that other people do.

The truth is that heroin is a powerfully addictive substance, and it is very easy to fall into the trap of heroin addiction. If you are using heroin recreationally and are concerned you may be becoming addicted, here are the signs of heroin addiction which you cannot ignore.

As soon as you start building up a tolerance to the drug, addiction is likely not far behind. The NIDA Teen describes tolerance as a condition where "more of the drug is needed to achieve the same 'high.'" People who experience this might begin to do more heroin each time, upping their usage of the drug in order to feel the effects. This often leads to overdose and can be very dangerous. You are most likely beginning to build up a tolerance if you:

What is Heroin Dependence?

Dependence is not the same as addiction, but when discussing heroin, they often go together. Someone who is addicted to heroin will become physically dependent on the drug and will experience withdrawal symptoms like "restlessness, muscle and bone pain, diarrhea and vomiting, and cold flashes with goose bumps" (NLM). Heroin also causes psychological dependence, which results in cravings. You are dependent on heroin if you:

If heroin has begun to affect your life in a negative way, there is a chance you are addicted. The true test, though, is how you react to the effects. If you are unable to stop abusing heroin even when you realize it is causing real problems in your life, you are already addicted to the drug. Many people will experience issues with heroin in their personal, work, and school lives, as well as in their relationships. You are already addicted to heroin if you experience the effects listed below and still cannot stop using the drug:

Addiction is not something that can be controlled, and you will need intensive behavioral therapy, medication, and time in order to heal from it. Remember that you cannot fight addiction alone, so if your heroin use has gotten out of your control, you are more than likely experiencing addiction.