How Can Heroin Withdrawal Treatment Help Me? 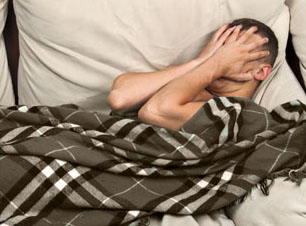 According to the Harvard Medical School, "The effect of a single dose of heroin, a relatively short-acting drug, lasts 4-6 hours, and the withdrawal reaction lasts for about a week."

"No single approach to detoxification is guaranteed to be best for all addicts" as stated by Harvard Medical School. But medications can be used in heroin withdrawal treatment in order to curb the symptoms of withdrawal which makes relapse during this time less likely and individuals more able to focus on the other issues of their heroin abuse and addiction.

The most commonly used medications for these purposes are:

All of these medications can make withdrawal symptoms more mild or eradicate them entirely, depending on the symptom and the person's specific withdrawal syndrome. It can be very helpful by causing withdrawal to be less intense and a person less likely to abuse heroin again in order to stop their symptoms.

Many detox centers use therapy in order to help a patient become used to the concept and feel comfortable continuing it after detox has ended.

It can be tricky for doctors to make sure that patients do not only attend detox and then stop attending addiction treatment, but if the withdrawal treatment is done right and focuses on more than just treating the individual's acute symptoms, it can lead to long-term treatment that may help heroin addicts recover and protect their recoveries for a very long time.