Deaths from unintentional opioid overdose have been steadily rising over the past several years due to prescription narcotics, also called opioid pain relievers, and heroin. Unfortunately today, opioid overdose is an extremely serious public health concern in the United States.

Opioids include the illicit drug heroin and prescribed medications such as Oxycontin, Vicodin and Dilaudid which are very necessary and effective drugs used to treat pain. An accidental or intentional overdose can occur very easily if heroin is used or when prescription opioids are misused. 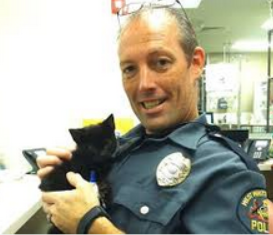 Overdoses have become an epidemic and the lifesaving antidote naloxone which is used to counteract the dangerous life threatening effects of opioid overdose, has saved countless lives. Naloxone also known as Narcan is not only effective, it's also very safe and has been used by medical professionals for many years.

Recently the Courier-Post reported authorities in New Jersey administered Narcan nasal spray to a women that had overdosed on heroin and fortunately saved her life. App.com reports a couple dozen lives were saved from Narcan in Monmouth County. The app.com report also points out though not everyone receiving the antidote is able to be saved.

Narcan hasn't only saved humans who overdose on heroin or other opioids, there's been numerous reports that the antidote was administered to a kitten by a veterinarian which thankfully saved the kittens life. Allegedly the kitten was horribly abused and given heroin by 24 year old male heroin user. The full report can be found on Philadelphia.cbslocal.com