Pros and Cons of Heroin Detox at Home 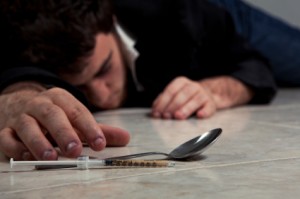 For someone addicted to heroin, the decision to stop using the drug often comes with much turmoil and heartbreak. Likewise, the thought of going through the detox process can be overwhelming in and of itself.

Heroin detox at home, while risky, can indeed be done when a person has the needed supports in place. At this point, the brain and body have undergone considerable damage from the drug's effects compromising a person's overall health and mental well-being. These effects come out in full force in the absence of the drug's effects.

Ultimately, the pros and cons of heroin detox at home have more to do with a person's overall condition than the actual benefits or drawbacks involved. As there are no real shortcuts when it comes to breaking the body's dependency on the drug, ensuring a person can safety make it through a heroin detox becomes the all-important issue at hand.

According to the National Institute on Drug Abuse, using heroin on a regular basis changes chemical processes in the brain in fundamental ways. With each dose of heroin, the drug forces brain cell receptor sites to secrete abnormally large amounts of neurotransmitter chemicals. Neurotransmitters act as chemical messengers throughout the brain and central nervous system regulating most every bodily process.

Over time, brain cell sites become dependent on heroin's ability to release these vital chemicals. Meanwhile, chemical imbalances become widespread throughout the brain and body. When considering heroin detox at home, it helps to understand the trauma brain and body processes undergo in the absence of the drug.

Heroin detox at home offers a certain degree of convenience and privacy as the body goes through this difficult process; however, heroin withdrawal effects can vary in severity and duration depending on how long a person has been using. Withdrawal effects may take the form of:

While seldom life-threatening, severe withdrawal effects can greatly compromise a person's health and well-being. For people coming off chronic long-term addictions, it's best to enter a detox program to ensure a person's overall safety throughout the detox process.

Ongoing heroin use causes considerable damage to the brain's chemical processes, which inevitably impairs a person's psychological stability. It's not uncommon for addicts to develop serious psychological disorders, such as major depression and anxiety conditions as a result of the drug's effects on the brain.

For someone struggling with co-occurring disorders, heroin detox at home will bring on physical withdrawal effects on top of the symptoms that come with depression and anxiety disorders. Heroin detox at home, while convenient, typically isn't suited for managing the rush of depression and/or anxiety symptoms that come to the surface in the absence of heroin's effects.

The emotional and physical discomfort experienced during the detox stage can easily become overwhelming to the point where a person resumes drug use. For this reason, heroin detox at home works best in cases where a person has a healthy support system made up of family and friends.

In cases where there's no support system available, seeking the guidance and support available through a detox program offers the best chance of making it through this difficult stage of recovery.