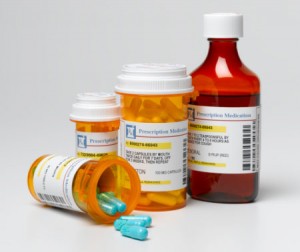 As one of the most addictive class of drugs on the market, opiates have lured more than a few people down the road of addiction.

Prescription opiate, as well as illegal drugs like heroin all carry the same addictive potential.

According to the Centers for Disease Control and Prevention, the year 2010 saw an estimated two million people reporting abusing prescription opiate drugs for the first time. This equals out to 5,500 people per day within a 12-month period.

A big part of the reason why so many people abuse opiates has to do with opiate tolerance and its effects on brain function. Signs and symptoms of opiate addiction take shape gradually without a person's even knowing.

The dangers of opiate dependence takes root early on as brain processes become hooked on opiate effects. With frequent, long-term use, a person may well develop any number of physical and psychological problems as the likelihood of overdose increases with each use. 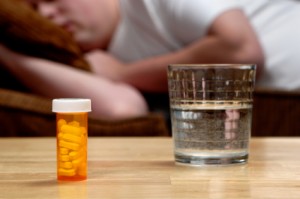 The brain develops a natural affinity for opiate-type substances over time. According to the National Institute on Drug Abuse, with repeated use, the brain comes to depend on opiate effects to regulate cell receptor site functions. In the process, opioid addiction develops as cell sites grow weaker and less sensitive to opiate effects.

When this happens, a person has to take larger doses to experience the same desired effects. With ongoing use, opiate tolerance levels continue to rise as cell sites start to deteriorate from overuse.

Signs of opium tolerance develop gradually as the brain relinquishes control over to the effects of the drug. Physical dependency, when the body can no longer function normally without opiate's effects, becomes a clear sign of opium addicton.

A person will also start to experience cognitive dysfunction in the form of:

Eventually, rising tolerance levels will bring on intense drug cravings, which mark the start of the addiction cycle.

With chronic, long-term drug use, opiate levels reach a point where no amount of the drug will produce the desired effects. At this point, a person continues using to ward of uncomfortable withdrawal effects, which increase in intensity over time. Widespread deterioration of brain and body structures places users at risk of developing chronic medical conditions, such as diabetes and heart disease.

Perhaps the greatest danger associated with rising tolerance levels is the ever-increasing risk of overdose. Overdose happens when massive amounts of opiates overwhelm major bodily functions, such as breathing and heart function. In effect, brain tolerance levels continue to rise while other areas of the body experience slower tolerance level increases.