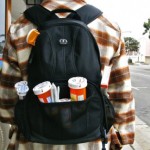 How Are Teens Abusing Prescription Drugs?

Prescription drug abuse among teenagers can start with experimentation, just as illicit drug use can. A family member, relative, or friend has obtained the drug through a legal prescription, but through illicit methods (stealing, buying, or otherwise obtaining from another person), access to the drug occurs, and the drug is offered to other teenagers.

Sometimes, however, prescription drugs are legally given to teenagers, for necessary medical purposes. The teenager for whom the drug is intended continues to take the drug even after it is no longer needed, and abuse or addiction occurs.

How Do I Keep My Teen From Abusing Prescription Drugs

Some of the same methods that can be utilized to keep your teenager from abusing or becoming addicted to illicit drugs can apply to making sure this doesn't happen with prescription drugs. These include, but are by no means limited to, the following:

Ask your teenager if anyone with whom he or she has association abuses or is addicted to illicit or prescription drugs. If your teenager won't tell you, but you suspect this may be the case, try your hardest to find out for yourself. If your suspicions are proven to be correct, you may want to consider not allowing your teenager to associate with these persons, or only allowing association under tightly controlled circumstances, such as only when you are present.

Set ground rules for your teen's behavior both at home and when he or she is away from you, and explains the consequences for disobedience. Make sure the rules include that your teenager must immediately leave a situation where illicit drug use of any kind (including drinking) is occurring. If it is necessary to call you for a ride, that should be done. Then, follow through with the consequences if rules are broken. These and other methods can help with those times when your teenager may not be with you. However, often, a teenager's first "introduction" to prescription drugs that can be abused occurs at home. You can prevent, or at least greatly reduce the chances of this happening, by:

What if, after all my efforts, it does happen? What can I do then? Get help for your teenager as soon as possible. Find an addiction treatment facility that specializes in prescription drug abuse and has programs specifically geared to adolescents. Continue to offer support during the treatment process and after your teenager finishes the program. However, you will need to increase your diligence to ensure that relapse does not occur.

If the abuse occurred as a result of someone else supplying your teen with the prescription drug, and he or she did not get access to it from your home, get your local law enforcement agency involved. This may be the last thing you want to do, but it may be the only way you can ensure that it does not happen again.