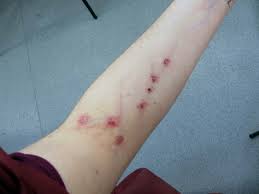 According to the National Institute on Drug Abuse: "Heroin is an opiate drug that is synthesized from morphine, a naturally occurring substance extracted from the seed pod of the Asian opium poppy plant. Heroin usually appears as a white or brown powder or as a black sticky substance, known as 'black tar heroin.'"

Heroin comes from morphine, and morphine comes from opium. Opium is a natural product; in other words, it is found in nature. Opium itself has a complex make-up, and among other things, it contains different types of alkaloid substances, some of which can be isolated (separated) from the overall opium product itself. Morphine is one of these "by-products".

Morphine is used legally as a painkiller, and is only legally available through a prescription or administration by medical personnel. Morphine comes in pill and liquid form.

How Morphine Works As A Painkiller

Morphine is one of the most effective painkillers because of its ability to bind to a specific pain receptorâthat is, the part of the brain that is receiving pain signals. Think of the morphine as wrapping around the pain receptor, effectively preventing the pain signals from getting through to the receptor. This "wrapping" effect (sometimes also referred to as a "lock and key" effectâit "locks out" the pain signal) is similar to how the body's natural painkillers, called endorphins, work. This coupled with the fact that morphine, when administered or taken correctly, also produces a mild anesthetic effect, but without loss of consciousness. 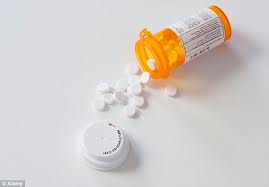 How Heroin Is Different

Heroin is not a natural product. Rather, the chemical properties of morphine have been changed by introducing other chemicals into those already found in morphine.

The resulting product is heroin, which is usually found in the form of a whitish or brownish powder, although it can sometimes be in a semi-solid or tar-like form.

Morphine can be legally obtained and administered, as mentioned earlier. If the amount of morphine prescribed or used is judiciously controlled, and its use is stopped as soon as it is apparent that non-narcotic painkillers can be substituted, it is possible to avoid morphine addiction.

However, it is illegal to possess, buy, sell, or use morphine in any manner other than under controlled medical or pharmaceutical conditions. If you have been legally prescribed morphine, any medication left over after it is no longer needed should be disposed of so that no one else can have access to it.

Both morphine and heroin are addictive. Neither is more or less addictive than the other, because heroin is re-converted to its original morphine form when it enters the body. Heroin addiction can occur after just one use, or it may take continued uses for an addiction to build. However, because it can be impossible to determine how quickly one can become addicted, using heroin even once is dangerous.

Heroin users may breathe in heroin powder (this is called "snorting"), or smoke heroin that is in "tar" form. However, because the effects of heroin, which will be discussed in more detail in the next paragraph, can be felt more rapidly, heroin is often injected directly into a vein. 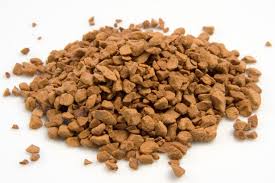 When heroin is injected, the user feels an immediate sense of euphoria or "all's right with the world". From there, one's arms and legs start to feel heavy, and a sensation of skin warmth is also experienced. As the drug makes its way through the bloodstream, a user will alternately experience periods of sleepiness and wakefulness.

As the drug wears off, so does the "warm, fuzzy" feeling. In an effort to regain that feeling, or in some cases not to lose it at all, an addicted person will take a larger amount of heroin or will use heroin more frequently.

The "warm fuzzy" feeling brought on by heroin is not good. It is not a natural one that came as a result of personal satisfaction, accomplishing a goal, performing a good deed, or other things that bring natural pleasure.

Heroin addiction limits one's ability to feel natural pleasure because it causes so many other problems. There is the problem of obtaining heroin, because it is illegal. One usually must pay a fairly high price for a heroin purchase, and there is always the danger of getting caught buying, possessing, or using heroin.

Fortunately, when a person recognizes that a heroin addiction is present or imminent, there are programs available to help overcome that addiction. One can utilize a rehab center, with the inpatient and outpatient programs that are offered there, including individual and group therapy, instruction on making positive lifestyle changes, and, most importantly, the support that is available through a rehab center. Many times, knowing that one does not have to face overcoming heroin addiction alone is often a catalyst in making a rehab center program successful.