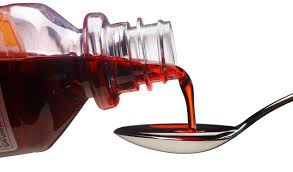 Codeine belongs to the class of drugs called opiates (narcotics) analgesics and antitussives.

Why Is Codeine Prescribed?

Codeine is a prescription drug used for mild to moderate pain relief and the anxiety that comes along with severe pain. Sometimes it can be combined with other drugs to help reduce cough. Codeine is commonly known as Tylenol 3 in the United States.

It is primarily used to help treat the symptoms this lessening the suffering a patient may have associated with their pain, but codeine does not cure the problem or help speed the patient's recovery. It only offers temporary relief. Codeine is derived from the opium poppy and is related to morphine and heroin. When used to treat symptoms of pain codeine works by changing the body's sensory to pain. If it is used to treat coughing symptoms it works in your brain to decrease the receptors that cause you to cough. To treat a cough or cold many times codeine will come in the form of a combination drug such as combined with Acetaminophen or Aspirin. These drugs are commonly known as Capital and Codeine or Tylenol with Codeine.

Codeine comes in pill form or liquid form and is taken orally. Usually it is prescribed to be taken every 4 to 6 hours. If you are prescribed codeine you should only take it as the directions specify. If you are taking the liquid form make sure you shake the solution thoroughly before ingestion. Always use measuring spoons or cups designed specifically for medical use in measuring this medicine. Codeine is well known to become a habit forming or an addictive drug so taking more than the recommended dose or more frequent doses is not recommended.

Another very common side effect is decreased libido (lack of sexual drive). It has also been known to interact negatively with certain psychiatric medications. Even though these side effects are more common and less serious while taking this medicine, if they are persistent you should always call or visit the prescribing doctor immediately.

If these seriously dangerous side effects do occur while taking this medicine you should go to hospital emergency room as soon as possible.

How Is Codeine Abused?

Recreation drug abuse of codeine is very common. It can be easily obtained either over the counter in low doses, or by prescription. Codeine is the most frequently used painkiller in the united states. The reason people tend to become addicted to codeine is because of its euphoric effects. Adults are more likely to become addicted to codeine after they have been using them legitimately, prescribed by their doctor for pain relief or cough. It is very common for people who want to obtain a high from codeine to drink cough syrup straight or take a combination of crushed pills mixed with water for fast absorption. Teens are also very frequent codeine abusers. They also tend to drink codeine-laden cough syrups straight from the bottle. This is commonly known as "sizzrup." Some serious teen "sizzrup" abusers may even drink up to five bottles daily. This misuse of codeine is ingested by teens the same way they use alcohol, to relax and become intoxicated or to be at ease in a social situation.

Using Codeine recreationally is dangerous on many different levels because of the effects it has on the human body. Some of the main problems associated with codeine addiction are a lack of co-ordination and dulled responses to your environment or any activity you may be doing at the time. A person may also experience respiratory depression as a reaction to an overdose of codeine .This causes the lungs to stop breathing. Other negative effects that can occur with a codeine addiction are that the person is probably taking way too much aspirin or acetaminophen. At non-medically recommended levels, Aspirin and Acetaminophen can cause permanent damage to your vital organs such as your kidneys, liver and stomach.

If you are addicted to codeine the best way to begin your treatment to become drug-free is to enter an addiction treatment facility. This is the safest way possible because of the extreme withdrawal symptoms you will incur. Withdrawal symptoms to codeine tend to peak after 48 hours of not taking this drug. Depending on how much of this drug you actually have in your system and how long you have been taking it the symptoms of withdrawal include:

Once you enter a drug treatment facility it can take up to two weeks of non-use to for these withdrawal symptoms to totally go away.