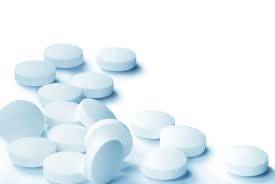 Percocet is prescribed to treat moderate to severe short term pain. Percocet is often prescribed for patients with bone injuries, dental procedures, and after surgery. It can also be prescribed for people going through a healing process. The prescription of Percocet will allow for a more comfortable recovery as it also induces a feeling of calm and well-being along with pain relief. This is why this drug is most often abused.

Commonly, a person who is prescribed Percocet legitimately may develop a both a physical and psychological dependence to this drug. They may also develop a tolerance for it causing them to take much more than the normal dose. Mostly it is abused because in high doses Percocet may cause a person to feel "high "or euphoric. It gives an abuser a drunk like feeling, and a sense of well-being, relaxation and calmness. Percocet can be known as a gateway drug to heroin. Once an abuser gets used to the" high" from large doses of Percocet, it may be hard for them to get "high" by any other means. This is why some turn to heroin abuse. If a hardcore abuser of Percocet wishes to stop taking this drug they will have to go through a complete detoxification preferably at a hospital or medical rehabilitation center. This is highly recommended because the withdrawal form Percocet may be severe for some abusers.

Detox is the first step in clearing all traces of the drug out of a person's system. If an addict is used to taking large amounts of Percocet over long periods of time, the withdrawal from this drug may be severe. Over time abusing Percocet in high amounts will cause a physical dependency to the drug; this dependence to the drug will then lead to severe withdrawal symptoms once the Percocet is depleted from their system. Medical detox is the only way to assure safety during the withdrawal period because withdrawal may cause a person to become sick and the individual may not be able to handle the symptoms without medical attention. The severity of the withdrawal symptoms may vary in each individual depending on how much and how often they abused this drug.

Medical detoxification can be treated at a hospital or in-patient rehabilitation center. First, your healthcare provider will start by having the patient taper off this drug by slowly decreasing their dose; this is done to decrease the shock to the body by suddenly stopping the use of this drug. Other means of treatment may include medications prescribed by a doctor to help alleviate withdrawal symptoms and speed up the detoxification process. After successful detox, the patient will then have to choose whether or not to enroll in the rehabilitation center of their choice. This is highly recommended for addicts who want to receive treatment for their addiction. Detox is only the first step towards recovery. At rehab, a patient will also be given behavioral health therapy and counseling which is essential for a successful recovery. Rehabilitation from the abuse of Percocet and any other drugs is the only way to assure a complete recovery and a new clean and sober lifestyle.