Abusing Fentanyl Combined with Heroin Can Lead to Death 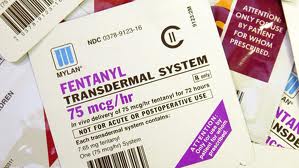 Fentanyl is a man-made opiate that's used to treat severe pain and is legally prescribed to patients sometimes if they suffer from chronic pain or pain experienced due to surgery. Fentanyl is stronger than morphine and is a very powerful drug and because there is also potential for abuse and addiction, it's classified as a schedule II prescription drug. When Fentanyl comes in prescription form it goes by the names Actiq, Duragesic, and Sublimaze.

Fentanyl is also abused and used for non-medical reasons because it causes euphoria and relaxation when misused. Drug dealers and people who misuse Fentanyl go by various slang street terms when referring to the drug on the streets.

Fentanyl is also illegally produced in clandestine labs which make the drug much easier to come by and trafficked. Illegally manufactured Fentanyl is much more dangerous because you never know what the drug may be cut with. Not only is Fentanyl more dangerous and powerful coming from an illegal lab, but can also be more deadly.

NIDA reports that there were overdoses taking place with Fentanyl that was produced in illegal labs because it was "mixed with or substituted for heroin in a powder form". There are very serious risks associated with Fentanyl that's mixed with street heroin or even cocaine.

Fentanyl that has been mixed with heroin or cocaine is anywhere from fifty to a hundred times more potent than morphine is and unfortunately people have overdosed and died from abusing Fentanyl.