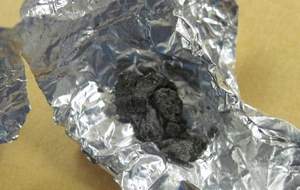 A huge number of people entering into substance abuse rehab programs today are addicted to opiate painkillers because the abuse of narcotic pain medications have reached epidemic levels in the past several years. Strong painkillers have become a popular drug of choice among many teens and young adults, and now a growing number of young people are in need of treatment for opiate addiction.

Vicodin and OxyContin are two of the most commonly abused opioid prescription painkillers and an unbelievable amount of users have switched over to heroin in recent years for one reason or another. Today many older teens and young adults are entering into substance abuse rehab facilities addicted to heroin never dreaming that their recreational use of prescription pain medications could have ever led them down this path.

St John Providence Brighton Center for Recovery in Michigan is seeing an increase in the amount of young people aged eighteen to twenty five seeking treatment for opiate addiction as well, according to freep.com. Many young people start out abusing pain medications like Vicodin and OxyContin and from there they move onto heroin, an even more powerful and dangerous opiate drug.

Much of the heroin circulating throughout the United States is highly pure or cut with other drugs and many areas are seeing an increase in heroin related overdose cases because of this. A dangerous heroin mix referred to on the streets as "black shadow" in communities of southeast Michigan, may be responsible for the increase in heroin related overdoses they're seeing. According to the article, acetyl fentanyl may be the toxic substance combined in the extremely dangerous heroin mix.