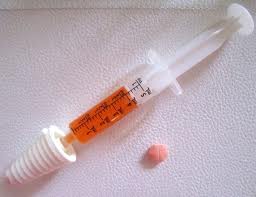 The upsurge in opioid addiction isn't just a problem in the United States, this is a very serious problem worldwide. Unlike many other drugs of abuse today, certain prescription painkillers, morphine, heroin and other opiates are abused among people in all age groups and addiction to these drugs is skyrocketing around the world.

Thankfully, opioid addiction is very treatable because addicts can bring recovery into their lives and continue with their everyday responsibilities without battling miserable symptoms of opiate withdrawal if they qualify for this type of treatment. Medications like Suboxone which is the brand name for buprenorphine, and Subutex which is a combination of buprenorphine and naloxone, can make a huge difference in a person's recovery when they're addicted to strong painkillers and other opiate drugs.

Suboxone and Subutex are extremely effective because they relieve opiate cravings and other symptoms of withdrawal that make remaining abstinent from painkillers like Vicodin, heroin or other opiates during recovery very difficult. Unfortunately buprenorphine medications used to treat opioid dependence are extremely dangerous if they get into the wrong hands and a child ingests them, which sadly happens every year HealthDay reports.

Almost 1,500 children less than six years old every year in the United States ends up in the ER due to accidentally ingesting buprenorphine. Parents, family members and friends need to understand how dangerous these medications are to children if they innocently ingest them. HealthDay references results from a study done of ED cases from October 2009 to March 2012.

During that timeframe, 2,380 cases were examined and sadly five hundred of the children were in intensive care and sadly, 4 of them died. Some of the common places children found buprenorphine included floors, parent's pockets, couches and purses according to the article. People need to take extra precautions and safety measures when taking drugs like buprenorphine or any other medication. Go to HealthDay to read the full article.