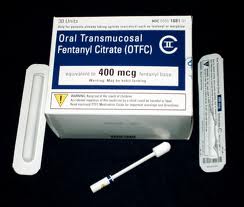 The synthetic opiate painkiller known as Fentanyl is a schedule II prescription drug that's used to treat severe pain symptoms and comes in many different forms. The Fentanyl patch is commonly prescribed to patients with cancer or for those that suffer from chronic forms of pain. Drug dealers appear to have chemically modified fentanyl now and have illegally developed an even more powerful and dangerous form of the opiate drug which is known as Desmethyl Fentanyl.

As a result of a major drug bust which involved 7 locations this past April, authorities in Montreal discovered an extremely potent painkiller called Desmethyl Fentanyl among the thousands of drugs police seized. This illegally produced synthetic painkiller is forty times more potent than heroin and eighty times more potent than morphine, according to a CBC News report on PoliceOne.com.

There were over 300,000 thousand pills of illegally manufactured man-made prescription medications seized due to the huge drug bust in Montreal in late April according to the report. Not only were illegally manufactured synthetic drugs found by Montreal authorities during the raids but they also found equipment that has the ability to produce a pill every second.

According to the article, the Desmethyl Fentanyl that was confiscated during the drug bust was so toxic that 4 of the law enforcement authorities were mildly injured even though gloves and masks were worn when the drugs were handled. This shows you just how potent, dangerous and toxic this Desmethyl Fentanyl must be.

Some of these drugs have fake logos and brandings on them as a way of marketing the illegal dangerous drugs to young people. It's just a matter of time before Desmethyl Fentanyl is in the U.S. if it isn't already, so we need to be aware the new synthetic drug exists and could end up circulating on our streets putting curious teens and young adults in potential harm.