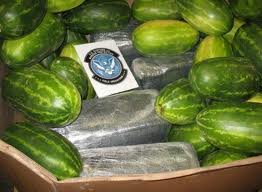 Illegal drug trafficking into the United States is nothing new drug dealers are constantly looking for ways to move their illegal substances from one destination to another. People will go to great lengths when it comes to smuggling heroin and other drugs in and out of the country and will even conceal the drugs in various ways in hopes of them not being found if caught.

One of the most dangerous ways is attempting to smuggle drugs by ingesting them. Heroin is a very dangerous narcotic and abusing the drug poses dangerous health risks to the user. If a person chooses to ingest them to keep them concealed they're really asking for trouble. It's hard to imagine anyone actually smuggling a drug like heroin internally but it does happen. CBP.gov, which is part of the Department of Homeland Security, released a news bulletin on October 2011 about a Nigerian woman that did just that.

The Nigerian woman was sixty one years old and was arrested for allegedly internally smuggling "heroin to Washington Dulles International Airport". Internally smuggling 47 heroin pellets that's worth about $35,000 on the streets is extremely dangerous but people will go to great lengths no matter what the consequences may be. When a person attempts to smuggle drugs by ingesting them they don't realize that not only can this lead to a very painful overdose, an overdose of heroin or any other drug can be fatal.

Fortunately the 61 year old Nigerian woman was arrested and her attempt to smuggle heroin didn't end in a fatal overdose.

Not everyone ingests drugs in attempt to smuggle them into the country or to conceal them from authorities. New Times shows how sometimes drug smugglers attempt to traffic their drugs concealed in foods.