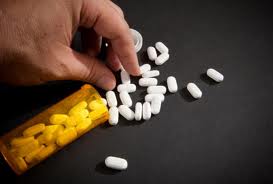 Drug addiction is a serious medical condition that can happen to anyone especially when it comes to prescription opioid pain relievers. Not all prescription pain medications are habit forming but many of them are.

It doesn't matter what age a person is, if they're prescribed painkillers such as oxycodone or hydrocodone for a medical condition they can easily develop dependence over time with continued use.

Not everyone taking opioid pain relievers for medical purposes experiences pleasurable feelings but many people do. A side effect of opioids is euphoria and they also induce relaxation as well. Opioid painkillers not only relieve pain they can also make a person emotionally feel better and numb their emotional pain.

If a person is prescribed painkillers and becomes dependent after prolonged use or gets hooked on them due to pleasurable feelings they experience, it can ruin their lives down the road. Sadly today many people are suffering from full blown addiction to opioids and possibly other drugs as well and their drug habit actually got started after taking painkillers for medical reasons.

Below, the woman was just in her teens when her habit started as a result of a head on collision.