Heroin Abuse in the Twin Cities 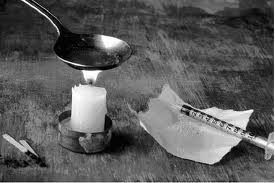 Heroin is available in Twin Cities and it is inexpensive and high in purity. Substance abuse trends continually change in areas of the United States and for several years heroin use had decreased in some areas and the abuse of synthetic drugs and narcotic painkillers began to increase. Heroin abuse is beginning to increase in many areas anymore partially due to reduced availability of narcotic painkillers and other prescription opiate medications. The abuse of prescription pain relievers rapidly increased because they were so readily available and drug trends began to shift.

Drug trends are beginning to shift again now that narcotic painkillers and other prescription opiates aren't as easy to acquire and they're definitely not cheap anymore if they are obtained on the streets. One such area that's seeing an increase in heroin use is the Twin Cities and signs that the abuse of opiate pain medications such as OxyContin and methadone may be slowing down according to MPR News.

The heroin that's available in the Twin Cities is the most inexpensive and purest heroin in the country and because the effects of heroin are so similar to painkillers like OxyContin, this may be one of the reasons drug trends are beginning to shift.