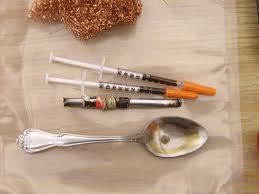 It doesn't matter where you live or what economic background you come from every state is dealing with the effects heroin abuse is having on their residents and sadly many of them are young teens. Today more and more teens are battling drug addiction than ever before and heroin is one of the drugs young people are becoming dependent on. Not only are heroin users getting younger but they come from all walks of life, not just young people living in the poorer communities which is something most people don't realize.

Young people and adults get hooked on heroin for different reasons but today a lot of people are turning to the opiate drug out of desperation because prescription opiates cost too much on the streets anymore. Many of these people are teens that used drugs like OxyContin and other opiate painkillers in the past to get high and are now dabbling in heroin. Many heroin users today come from middle class families and wealthy communities. We never use to think of a heroin user being in their teens let alone addicted to the drug but today, times have changed and many young people are experimenting with drugs recreationally and heroin is extremely easy to get.

Recently lvrj.com posted an article about heroin use in Las Vegas among young people. Many new heroin addicts are young and come from suburban areas and according to the article, "heroin dealers across the country are targeting middle America". The article talks about how inexpensive heroin is compared to prescription opiates that are sold on the streets in Las Vegas which can be up to forty dollars pill for prescription opiates as opposed to ten dollars for a dose of heroin. As in other states, many young opiate users in Las Vegas are moving on to heroin because it's cheaper and easier to get than drugs like OxyContin and other opiate prescription drugs anymore.