Heroin Tainted with Fentanyl can be Deadly 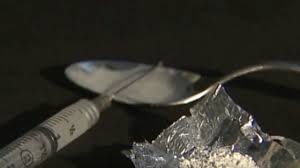 Heroin has become a common topic in the news anymore and unfortunately much of the coverage has been about overdose deaths related to the illicit drug. The amount of heroin users has drastically risen in the U.S. in the past several years and sadly overdose deaths are increasing too.

Many of the heroin deaths among users have been caused from a form of the drug they may not have even known they were using. Today a lot of the heroin being sold on the streets is much stronger than it used to be years ago. According to SAMHSA, the "new heroin" is much more potent because it's mixed with the prescription pain medication fentanyl which is used in treating severe pain.

Users of heroin don't always know the potency of the drug they're using or what it's been laced with, if it's too potent they could suffer a fatal overdose like numerous others have these days. SAMHSA reports "Within minutes of using this contaminated heroin they lose consciousness, breathe ever more slowly until they finally stop?and die."

Naloxone can reverse heroin and other opioid drug overdose and prevent death if it's administered in time. For important opioid overdose information including how Naloxone should be used, SAMHSA provides an Opioid Overdose Toolkit.