Heroin Use has Risen Significantly Since 2002 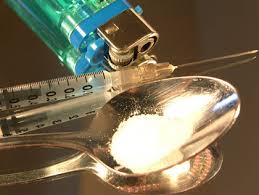 There's a serious heroin problem taking place just about everywhere anymore. All you have to do is turn on the news or search the web and you'll find numerous reports every day regarding the major increase in heroin users throughout the U.S. Not only has heroin increased in use, the number of deaths related to heroin overdose are also increasing as well.

Heroin users come from all walks of life anymore because the drug has spread to suburban areas in recent years. Anymore heroin users are teens, mothers, fathers, and professionals so users aren't only homeless or low income individuals by far.

Heroin use has risen dramatically in recent years. An annual National Drug Survey reflects a dramatic increase showing; 166,000 people in 2002 said they had used heroin, in 2012 the number climbed to 335,000.

Many people have turned to heroin because prescription painkillers are becoming harder to obtain from physicians and they're much more costly on the streets. It's sad to think the number of heroin users and deaths from overdose will only continue to grow.