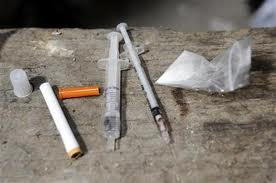 People just don't realize how easily they can overdose when abusing drugs and not everyone is fortunate enough to receive help if they do, sadly many people have died because they didn't receive medical help soon enough. It doesn't matter what kind of drug is being abused either, if it's potent enough, cut with a dangerous substance, or combined with alcohol or other drugs an overdose can take place very fast.

People who move onto harder drugs like heroin whether they snort, inject or smoke the drug can very easily overdose especially if the drug is extremely potent and they don't know it. In many areas throughout the United States the heroin people are abusing is very potent and still less expensive than prescription painkillers that are sold on the streets.

It's very worrisome to me because teens are experimenting with prescription drugs more and more today and if they start turning to heroin because of the cost they're putting their health even more at risk. Heroin is extremely addictive and potent enough, but if a person gets hold of heroin that's more highly potent or cut with other dangerous substances, they also risk a fatal overdose.

The ChronicleOnline talks about fatal heroin overdoses that have taken place due to heroin that's been "poorly cut" or "highly potent" and hopefully people will begin to realize just how dangerous abusing heroin can really be.

Fatal overdose due to abusing drugs like heroin take place all of the time and if prescription drug users start turning to heroin and other street drugs no matter what the reasons are, a lot more people are going to lose their life. Unfortunately it's not just drug users that die from abusing heroin and other substances, sometimes innocent children lose their life due to powerful dangerous drugs.