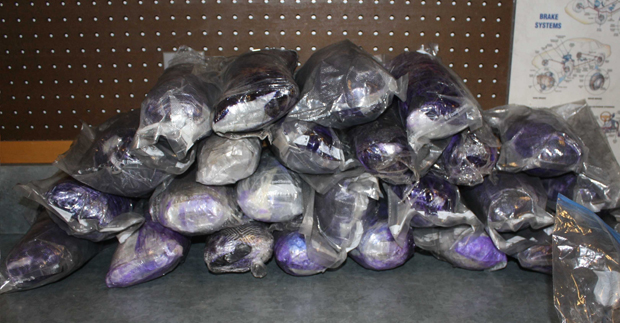 Heroin use isn't the only thing increasing in affluent communities. Even if you live in a nice quiet suburban neighborhood you still can never be too sure how safe it is and, how well do we really know our neighbors anyway? Not only is the use of heroin not just an inner city problem anymore but, drug dealers are also operating their illegal businesses in upper scale communities now too. Some drug dealers are running their illegal heroin operations in affluent neighborhoods hoping to avoid being noticed by authorities and those who may want to rob them.

Large scale drug operations could be located right next door to you and there's a good chance you would never even have a clue. Heroin is a drug that's growing in abuse today and as long as there's a high demand for the illegal drug, production and trafficking will continue to increase. Heroin is highly addictive and relatively inexpensive right now compared to other drugs of abuse so the demand for the drug is quite high.

Authorities seized around six million dollars' worth of heroin from a home in Cliffside Park New Jersey. Even though you couldn't tell it from the outside, on the inside of the residence it was a "fully operational heroin mill." Thirty million dollars' worth of heroin was seized during a series of raids at another home in the northwest Bronx, this home wasn't very "far from rows of mansions".