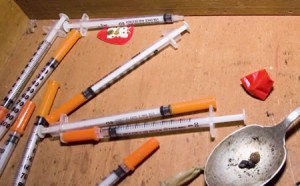 Heroin is a powerful opioid and popularity of the drug has dramatically risen over the past couple of years in many areas.

The increase in popularity is partially because heroin can be obtained very easily anymore. The powerful opioid heroin is also relatively inexpensive compared to the cost of strong prescription painkillers like OxyContin or oxycodone and these prescribed pain relieving medications aren't as easy to get.

Heroin has not only become more popular among opioid users, the demand for the drug has also increased so the availability via drug dealers continues to increase as well in many areas.

Unfortunately the rise in heroin use has destroyed countless lives due to addiction, overdose and sadly death.

Reportedly many areas have seen a significant rise in overdose deaths linked to heroin and the Twin Cities, Maryland, Pennsylvania, Michigan, Kentucky and Ohio are among them. According to a recent report on wdtn.com on the ninth of this month, there were over nine hundred deaths related to heroin last year in Ohio. Their report also states that heroin attributed to the deaths of eight individuals the prior weekend.