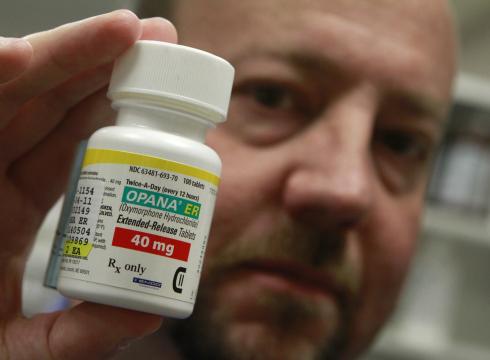 Intravenous drug use is probably much more common than we realize and it isn't just associated with the use of street drugs like heroin, methamphetamine and cocaine. Narcotic pain medications like Opana ER are also drugs that are widely abused today and many people choose to inject the painkiller after crushing them. Opana ER is a timed released opioid medication that's prescribed to individuals in need of treatment for around the clock for pain.

Extended released pain medications are extremely dangerous to abuse because users receive a large amount of the drug into their system all at once. This can result in very serious side effects which can include breathing problems and a possible lethal overdose. People who abuse pain medications like Opana ER and other narcotics often crush them so the drug can be snorted or injected after being liquefied in order to obtain the intense rush they're looking for.

The dangers and health complications associated with abusing Opana ER are already serious but it seems another very serious health issue is linked to abusing the pain medication. Health officials from Tennessee have reported cases of Thrombotic thrombocytopenic pupura (TTP) associated with abusing Opana ER according to MedlinePlus. Fourteen of the fifteen cases of thrombotic thrombocytopenic pupura from August to October were linked to Opana ER intravenous drug abuse. TTP "is a blood disorder that causes blood clots to form in small blood vessels around the body" according to PubMed Health.