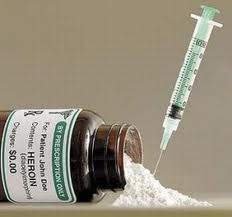 Most people seeking help for their heroin use do so because they're already addicted to the drug. Unfortunately not everyone receives treatment that's effective enough to help them maintain their abstinence during recovery because they're unable to enter into an inpatient residential treatment facility to recover. Not all outpatient heroin treatment programs provide intense forms of treatment either and the heroin addict doesn't really learn how to live life without shooting up, snorting the drug or smoking it.

When a person has abused drugs like heroin for any length of time, this is what they need to do in order to feel "their normal" on a daily basis. Heroin is what they turn to when they're stressed, happy, bored, or when they're around people or places that was associated with their past heroin use. In the past, they not only abused heroin when times were bad, they used the drug no matter what was going on in their life because they were addicted to it.

Heroin is such a powerful opiate, it doesn't take long with repeated use to become dependent on the drug and crave more when the effects begin to wear off. Eventually the heroin user becomes mentally and physically dependent and can't get through a day without using. When a heroin addict isn't able to use, they experience very uncomfortable symptoms of withdrawal and can become restless, agitated, their muscles and bones hurt, they can't sleep, they can have diarrhea, vomiting or nausea and their legs may even twitch and jerk.

There are so many areas of a heroin addict's life that need to be addressed during their recovery. Most people are unable to really work through issues, change their way of thinking and develop effective ways to avoid using drugs when times get hard or they're around situations that remind them of using.

Once a person has gone through detoxification for heroin addiction, if they were able to live in drug free housing or in a structured drug free environment while recovering, their chances of remaining drug free could greatly increase according to MedlinePlus Health Day.

This makes total sense to me, learning to live life without drinking or using drugs like heroin can be very complex and difficult for most people. If heroin addicts were given the opportunity to be away from their toxic environments during their recovery while learning to understand their addiction and develop ways of dealing with life in a positive way, maybe they could reach their recovery goals and remain drug free.