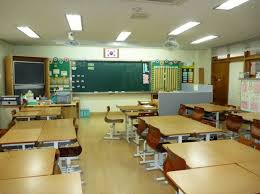 A twenty six year old substitute teacher at Northgate high school was arrested and facing several drug charges CBS Pittsburgh recently reported. The substitute teacher Christopher Chiappetta was high on heroin when he passed out, unbelievably this took place in front of the students during class.

Fortunately, school administrators were able to awaken Chiappetta but he didn't admit to using the drug until after authorities found 4 baggies of heroin inside his pocket and marijuana in his vehicle. Christopher Chiappetta was taken to the Allegheny County Jail and he had a ten thousand dollar straight bond set according to their report.

Heroin is now a widely sought after and abused drug among teens, young and some older adults that have legitimately become dependent on narcotic pain medications and among those that intentionally misused them. It's sad to think something like this would take place in front of students, but maybe seeing the effects in person will send the right message to these young people and they'll think twice before trying the dangerous drug themselves.

When it comes to the abuse of heroin there are no distinctive traits or characteristics users share. People from all social and financial backgrounds are turning to the drug and getting hooked because it's so potent and addictive. Sadly, heroin is a widely available and destructive drug that's destroying the lives of people from all walks of life anymore. Hopefully Christopher Chiappetta will receive the help he desperately needs to bring recovery into his life like so many others successfully have.