Survivor of Heroin Overdose Shares Her Story to Help Others 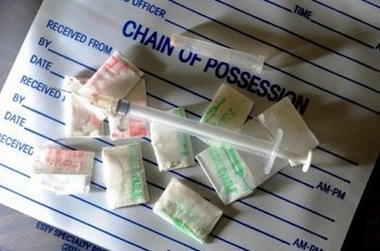 Sadly the widespread misuse of powerful painkillers like OxyContin, Vicodin and Dilaudid appears to be a gateway to heroin abuse. Heroin is not only a dangerous drug it's also extremely addictive in all routes of use, it's estimated around twenty three percent of those that use the drug develop addiction.

Unfortunately, heroin is a much sought after drug anymore and it's ruining the lives of men, women and young people each and every day. Families everywhere are suffering the loss of loved ones and friends because the severe adverse health effects of heroin use include overdose which often results in death.

Besides addiction and overdose, heroin use can lead to numerous medical problems which are serious enough but when combined with alcohol and/or other drugs, the risk of overdose and death is greatly increased.

Fortunately, a young woman named Jazzmin survived a heroin and Xanax overdose in 2012 according to an inspiring report from wishtv.com. Sadly though, her legs and arms are paralyzed and she has "short-term memory loss and hearing loss" because of the overdose according to their report.

Now this extraordinary 21 year old young woman has a positive attitude even though she's now a quadriplegic WISH reports. She shares her story with others in central Indiana in hopes of keeping someone else from going down the same road she did.